Coming Winter 2015: Book One of the Daemon World series by Mary Maddox

Lu owes her life to the daemon Talion, and now he demands repayment — she must bear him a child.

As a teenager, Lu Darlington attracted national attention when she and her friend Lisa escaped a sadistic killer known as the Professor of Death. She never told anyone about the daemon who saved her life that day. 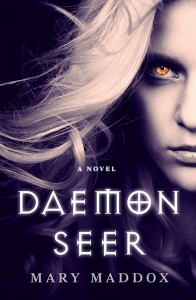 Ten years later, Lisa shows up at Lu’s door, fleeing another psychopath stalker. But Lisa’s not the only one seeking Lu after all this time. One by one, the daemons descend:

Chama wants Lu, but Talion claims her. The women of Lu’s family have always belonged to Talion—and they’ve suffered deeply for it.

As the human threat draws closer, Talion demands that Lu bind herself to him in a harrowing ceremony that will destroy an innocent man and change her forever—but might save Lisa’s life.

Can she navigate the violent intrigues of the daemon world without being consumed by its terrible, all-consuming demands?

Coming Spring 2015: Book One of the Traceworld trilogy by Letitia L. Moffitt

Nola Lantry is a tracist: she can sense the particles of energy that are released when the human body expires. 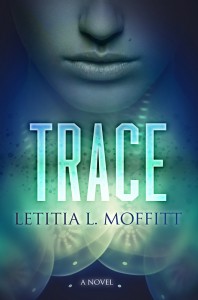 It’s a somewhat gruesome ability, and one of questionable value, but Nola tries her best to use it to bring a little more meaning and excitement to her otherwise drab life in upstate New York. She has assisted the Redfort Police Department on missing persons cases, and while most of the cops have little respect for her work, Nola is determined to prove her worth.

The chance to do just that comes when the richest man in town, Culver Bryant, disappears.

Suddenly Nola finds herself in the middle of a case that is both baffling and increasingly dangerous, the danger appearing in the form of death threats as well as the missing man’s brother, Grayson. Does Grayson Bryant pursue Nola to seduce her or to stop her—and why does Nola feel a connection with him despite her mistrust?