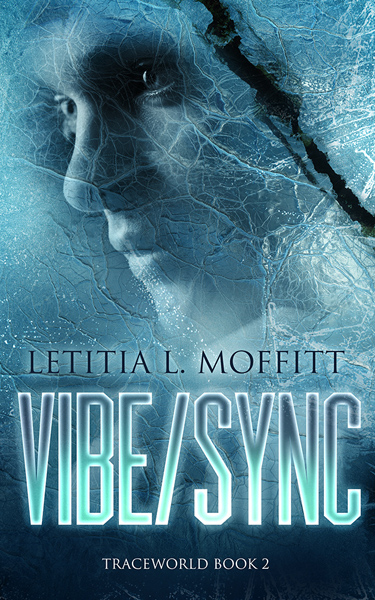 The newest inhabitants of TraceWorld will get inside your head . . .

BARELY A WEEK HAS passed since she solved her last case and Nola Lantri is already involved in several new mysteries—with a couple of people who may be just as unusual as Nola herself.

Eric Lafferty returns to Redfort City a little too late for his father’s funeral but just in time to get mixed-up in a mystery that involves Nola Lantri, Grayson Bryant, a dead girl, and a missing woman. Eric’s ability to read the vibrational changes in brain waves should be an asset, yet it only seems to make life more difficult for him—and given that he and Nola might be the next victims, things are difficult enough.

Emjay used to steal things—nothing big, just enough to get by—but after a terrible accident changes her life, Emjay has only one thing on her mind: revenge. Suddenly private investigator Nola Lantri appears and questions Emjay about her past—and informs her that the mysterious man she works for has a complicated past of his own. Emjay must figure out the best use of her odd ability to “sync,” a technique intended to help people heal—but one that also can cause a lot of harm.

Eric Lafferty is returning home for the first time after the death of his bullying father. Eric has struggled his whole life with his ability to detect “vibes”–sort of like reading a person’s mind, or at least understanding their emotions on a deep, vaguely supernatural level. Emjay is a young woman in quest of…vengeance? She isn’t sure. But she has an ability to “sync” people into a hypnotic trance. She learned it after the murder of her boyfriend, the only person he ever felt close to, and now she’s utilizing it in her pursuit to track down his killer. In their separate journeys, the two encounter Nola Lantri, who is investigating the disappearance of her friend and fellow tracist Anna Villagomez while dealing with the intrusions of the shady Grayson Bryant.

Readers might initially be put off by the fact that Lantri is essentially a supporting character in this novel (ingeniously told in two parts, with two separate protagonists). But this is the TraceWorld series, after all, not the Nola Lantri series, and while Lantri is an interesting character, there are others to investigate. Vibe/Sync is engaging, fun, and full of new characters who (hopefully) will be featured in further installments.

I loved this book! I was sad I didn’t get to read as much about Nola as the previous book, but I really enjoyed getting to know Eric and Emjay. Both are great characters with engaging stories and personalities. Plus, Nola still does make an appearance, making me inwardly cheer for joy as I read ahead. This book continued to be chilling and stepped it up from the previous one, which made me uneasy. I don’t particularly enjoy being scared. But the story line and the suspense is so good that it was hard to stop reading. I also liked how this book touches on so many social issues but without making them obvious. They could easily be overlooked and don’t take anything away from the story, which makes it just the more brilliant.

I started Vibe/Sync immediately after finishing Trace. I very much enjoy reading about Nola as she discovers and develops ways to use her uncommon ability. While I can, at times, enjoy action-packed suspense and escalating excitement in books, I truly appreciate writing that doesn’t rely on catastrophes and wild thrills & spills to carry the story. Without that, an author needs to put a lot of effort into creating characters with substance and a personality vivid enough that the reader forms a distinct mental image of the character without much actual description. That accomplishment is something I applaud. I was very pleased with the addition of Eric and his own uniqueness. He is a persona who has a long way to go but is just beginning to see that the tunnel isn’t blocked after all, that it actually does have a light at the end. With the introduction of Emjay, I first viewed her as a “Lisbeth Salander-type” character: smart, edgy, and not necessarily very likable. Emjay is an effective, and important, counterpoint to both Nola and Eric. Her spicy, off-color personality provides a balance to the trio. The only thing I can say I wanted to be different, although now I realize why it was not, was I wanted to see Nola, Eric, and Emjay linked up and working together much earlier. But that’s a good thing. Another positive aspect is that I think we have their cooperative efforts to look forward to in future Trace World books. (Yes, plural, hopefully.)

I previously reviewed Trace, the first book in the series, and really enjoyed it, so I was eager to get started on Vive/Sync. The sequel brought back all the elements I loved in the first book, and then some. Nola is back, and this time she’s involved in more than one mystery. In book one, Vibe, she deals with Eric Lafferty. He has the ability to read the vibrational changes in brain waves. The paranormal elements were once again a great addition, and this was a particularly supsenseful read, as Eric and Nola are put in a very dangerous situation.